A while ago I posted How to add the mobile client emulator to the Tools menu in AX 2012.

One of my colleagues, Ievgen Miroshnikov, has pointed out that there’s a much simpler way of achieving this result than the method I posted earlier, because there’s a standard ‘Action’ menu item (called WHSWorkExecute) already in existence that we can use.

So, open the AOT, navigate to the GlobalToolsMenu and open the Properties pane: 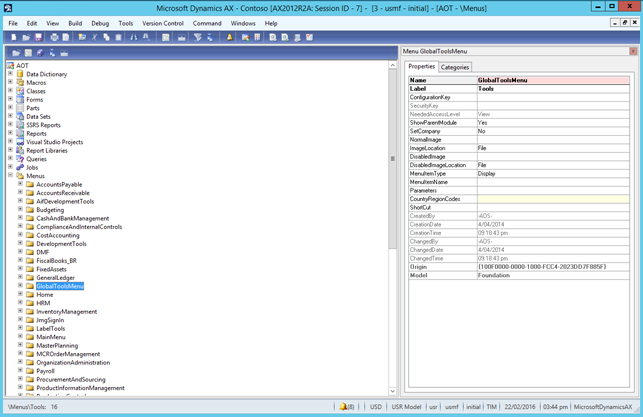 Right-click on the GlobalToolsMenu and add a new menu item:

In the properties, change the MenuItemType to Action, and enter/select WHSWorkExecute:

That’s all folks! Save. Close the AOT and your Tools menu shows: 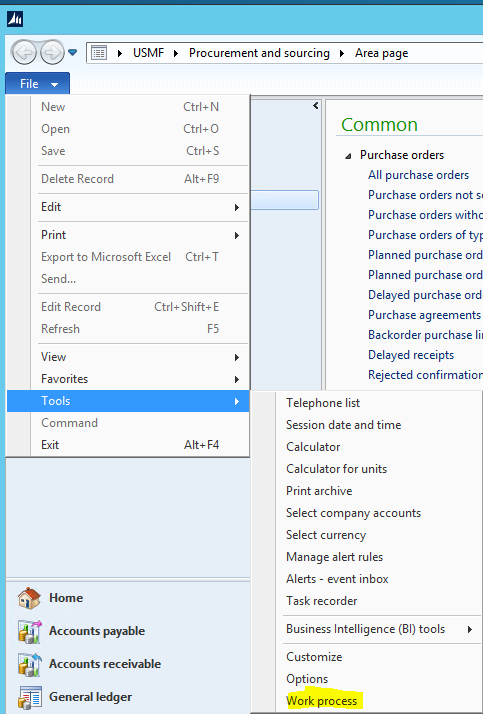 So this is a great little time-saver if you’re testing the system, and also has the advantage that, if you are in a multi-company environment you log into the company that the client is running in at the time.

If you want to give this option to a normal user, note that there are a couple of standard Security Privileges that you can use as well: 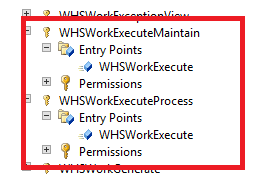 Inspired by the long running BBC radio programme ‘Desert Island Disks’ in which guests are asked to choose the eight records they’d take with them if they were marooned on a Desert Island, I’ve been working through a list of customisations I’d make to Dynamics AX if I could only have 8.

For the record they are:

1. The new sales order button on the customer

2. The quick transfer button on the on-hand form

4. The max report as finish inquiry

I’m also allowed to take a luxury and a book to the desert island. The luxury would I guess have to be my trusty laptop capable of running Dynamics AX demo Hyper-V images, and the book. Well pretty obvious really: 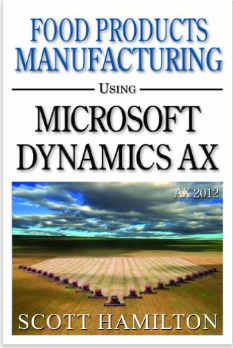 Well I’ve reached the end of my list of the customisations I’d make to Dynamics AX if I could only have 8. I’m not counting external documents (like invoices) so I’m not even going to mention the way that miscellaneous charges aren’t detailed on the sales invoice, they are just shown as an anonymous total. That won’t generate a query from your customer will it?

I’ve already had one master planning customisation, but it’s an area I work in a lot – so here’s another one.

So in this case, planned transfer order 005013 is pegged to a safety stock and a forecast demand.

But you do see this information on the ‘Edit in grid’ form:

I was watching a public preview video on the New Dynamics AX (AX 7) the other day and I noticed that in the master planning workspace there are four tantalising planned order options: Urgent; Delaying sales; Delaying forecast; and Delaying safety stock. I haven’t had the chance to investigate the filter queries that are driving those lists yet, but it looks like this is one customisation we won’t be upgrading to AX7.